If you’ve already seen photographs of the city of Cologne, then you also recognize the impressive Cologne Cathedral, one of the best examples of European Gothic architecture. With more than six million visitors per year, this temple is one of the most famous churches in Europe and probably the most popular tourist attraction in Germany.

Whether you decide to visit the city or the state of North Rhine-Westphalia (in German, Nordrhein-Westfalen), where Cologne is located, you shouldn’t miss the opportunity to explore the Cologne Cathedral. From the imposing towers to the valuable relics on display at the Treasury, there is much to discover about this cathedral.

So, do you want to know How To Visit The Cologne Cathedral In 2022? Keep reading!

Brief History of the Cologne Cathedral

Despite scarce records, it’s thought that there was an episcopal church from the time of the Roman Empire at the site of the current Cologne Cathedral. What is certain is that, after several reforms to the first Catholic temple, a new large church began to be built at the beginning of the 9th century. This became known as Alte Dom (“Old Cathedral”) and was extended in the following centuries.

The year 1164 was very important for the history of Cologne because Archbishop Rainald von Dassel was able to transfer the remains of the Three Wise Men from Milan to this German city. After all, these relics have transformed the old Cologne Cathedral into one of the most important pilgrimage sites in Europe!

Shortly thereafter, the need to build a larger cathedral arose, as a result of the huge influx of visitors. Thus, Archbishop Konrad von Hochstaden laid the first stone for the current Cologne Cathedral on August 15th, 1248. And its Gothic architecture was greatly influenced by French buildings such as the Sainte-Chapelle of Paris or the Amiens Cathedral.

Unfortunately, there were delays and prolonged interruptions in the works, which led to a deterioration of the building in the following centuries. In fact, during the occupation of the French Revolution troops at the end of the 18th century, the Cologne Cathedral even served as a warehouse and camp for prisoners of war.

Construction was only resumed in 1842, thanks to the encouragement of King Frederick William IV of Prussia and of politicians, intellectuals, and artists of that time. When the monument was finally completed in 1880, it was the tallest building in the world with two 157-meter high towers!

During World War II, the cathedral was seriously damaged by bombings, fires, and explosives, which threatened its structural stability. However, the main relics were removed in time and hidden from the Allies. Nowadays, the traces left by the war are practically nonexistent, but restoration has been carried out to preserve the stone parts, which have been badly deteriorated by climatic conditions.

Did you know that the Cologne Cathedral was part of Germany’s fourteenth set of inscriptions on the UNESCO World Heritage List? This 20th session of the World Heritage Committee took place in Mérida (Mexico), between December 2nd and 7th, 1996.

Two other German sites were announced in the session: Bauhaus and its Sites in Weimar, Dessau and Bernau; and Luther Memorials in Eisleben and Wittenberg.

Nowadays, Germany is the third country in the world and the second country in Europe with the most UNESCO sites, right after Italy. It has fifty-one heritage assets (both cultural and natural) inscribed on the world list of the United Nations Educational, Scientific, and Cultural Organization!

How to Get to the Cologne Cathedral

It’s very easy to get to the Cologne Cathedral, mainly due to the impressive height that highlights it in the city landscape. After all, this is the tallest building in Cologne, if we exclude the KölnTurm’s antenna, which rises to 165.48 meters in height (the Cologne Tower is 148.5 meters without this antenna).

Located less than 50 meters from Cologne Central Station (in German, Köln Hauptbahnhof), the Cologne Cathedral is the first perfect tourist attraction to visit, whether traveling by train, bus, tram, or taxi. If you need a place to leave your car, the surrounding area has several car parks, the closest of which are the Tiefgarage Hauptbahnhof and the Tiefgarage Am Dom (links only in German).

The Cologne Cathedral is open every day of the year, from 6 am to 8 pm. And like the vast majority of temples in Europe, admission to the monument is free. The only spaces that require a paid ticket are the Treasury and the South Tower.

However, there is no elevator to ascend the tower, just 533 steps! Another factor to take into account is the 97 meters in height of its observation platform. Entrance to the South Tower has a symbolic price of €3 and visits start at 9 am but may end at 4 pm, 5 pm, or 6 pm, depending on the time of year.

The Cologne Cathedral Treasury is open daily from 10 am to 6 pm and costs €6 (adults) or €3 (children, students, and people with disabilities). If you also want to climb the South Tower, you can opt for a combined ticket at €8 or €4. Families are entitled to a special price of €12 (Treasury) or €16 (Treasury and Tower), for a maximum of two adults with children up to 18 years old.

What to See at the Cologne Cathedral

As I mentioned earlier, the layout of this German cathedral was largely based on that of the Cathedral of Amiens (in northern France), especially in terms of dimensions, proportions, and style.

In the shape of a Latin cross, the central nave of the Cologne Cathedral can appear reasonably narrow at 45 meters wide, especially when compared to other churches in France and the United Kingdom at the same time. But did you know that its 144 meters in length make it the longest church in Germany?

On each side of the nave, there are two aisles that culminate in the transept and through which thousands of tourists circulate every day. The Cologne Cathedral is dedicated to Saint Peter and the Virgin Mary, including several representations of these two biblical figures, among altars, statues, and stained glass.

Shrine of the Three Kings

Known in German as Dreikönigsschrein, the Reliquary of the Three Kings is a tomb where, allegedly, the remains of the Three Wise Men referred to in the Bible are kept. Placed in a huge display case behind the main altar of the Cologne Cathedral, it’s considered the largest shrine in the western world.

This funerary urn took almost half a century to be built and was completed in 1225. The main responsible for its creation was Nicolau de Verdun, a renowned goldsmith in activity at the end of the 12th century.

Richly ornamented, the Reliquary of the Three Kings is made of wood and coated with gold, silver, enamel, and various precious and semi-precious stones. Interestingly, the three sarcophagi form a basilica: two of them are arranged at the bottom, side by side, and a third forms the “roof” at the top.

Like any other Gothic cathedral, the Cologne Cathedral has a very rich abundance of stained glass, which was created over almost eight centuries! These colorful windows portray saints and other biblical figures during important events in the history of the Church.

For example, the stained glass in the photograph tells the story of Saint Peter on the upper left and the prophecy about the “root of Jesse” on the right. Below, it was painted the moment when Philip II von Daun was elected Archbishop of Cologne, in 1508.

Currently, one of the most popular stained glass windows in the Cologne Cathedral is the Richter-Fenster (“Richter Window”), named after its creator Gerhard Richter. It was inaugurated on August 25th, 2007, and is the monument’s most recent window.

Located in the south transept of the cathedral, the Richter-Fenster has 106 m² of surface and 11,263 glass squares, which use 72 colors also present in the remaining stained glass. To see this “game of lights” in its fullness, I recommend that you visit this area of Cologne Cathedral in the late morning, during a sunny day.

The Cologne Cathedral’s Treasury is the largest and one of the most important in Germany. At first, the treasury was a collection of relics from the Middle Ages, to which were added donations and gifts from bishops, popes, kings, and emperors. Above all, the collection that is displayed in this kind of “museum of sacred art” is the legacy of centuries of history of the Cologne Cathedral.

The only thing that distinguishes the Cologne Cathedral’s Treasury from a conventional museum is the fact that many of its pieces are still used for ecclesiastical purposes. Installed on the right side of the north transept, it has a very rich collection that includes manuscripts, reliquaries, chalices, wards, and liturgical vestments, among others.

The main bell of the Cologne Cathedral is located in the South Tower and is called Petersglocke, which means Peter’s Bell. However, the inhabitants of the city gave it the nickname Der dicke Pitter (“The Fat Peter”), due to his monumental weight. After all, it’s 24 tons, and the clapper alone weighs around 600 kg! 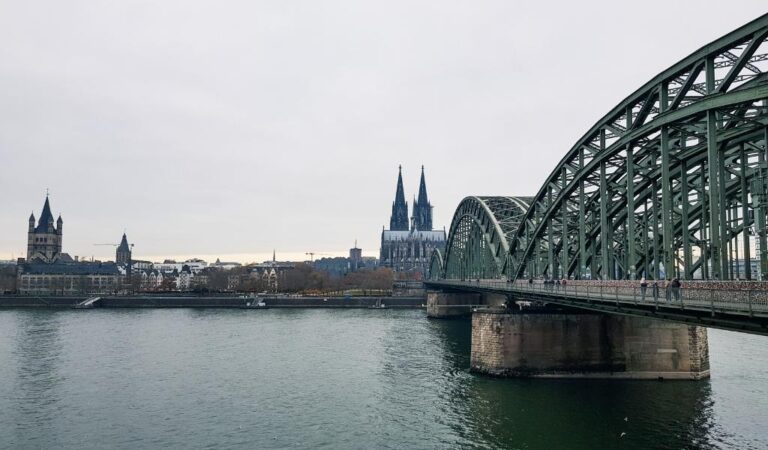 10 Best Places To Visit In Germany (Besides Berlin) 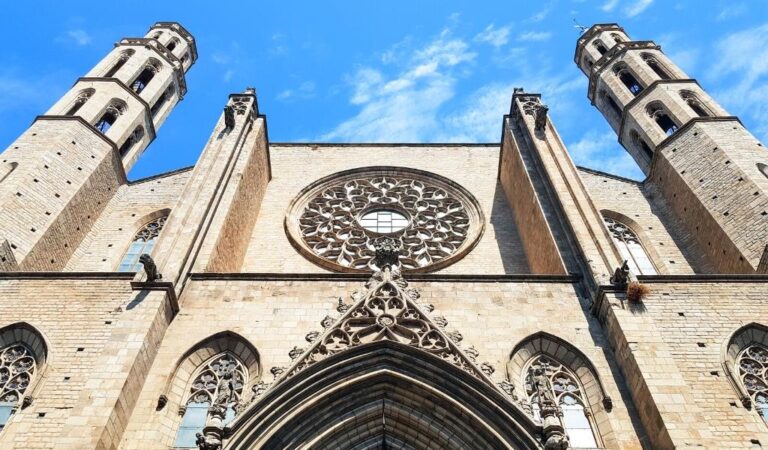 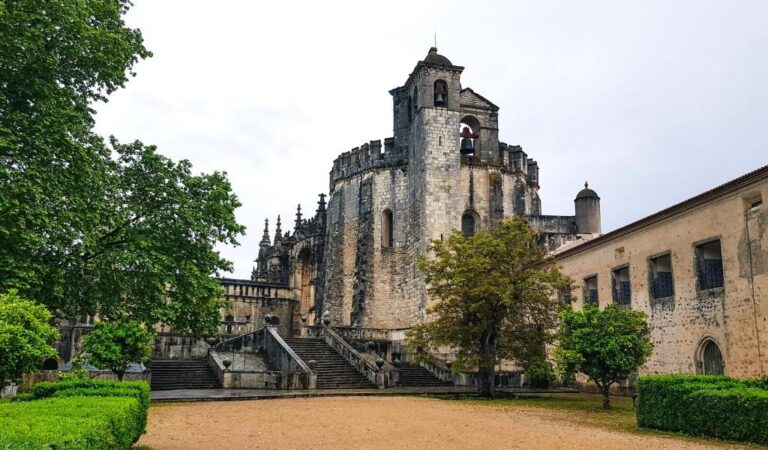 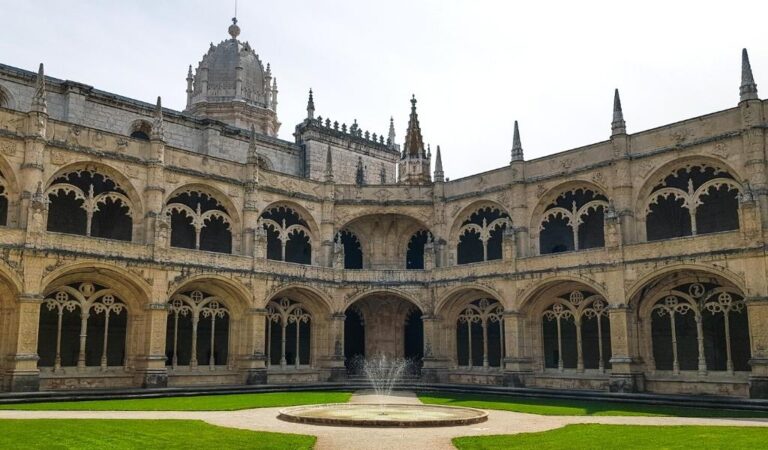 How To Visit The Jerónimos Monastery In 2022 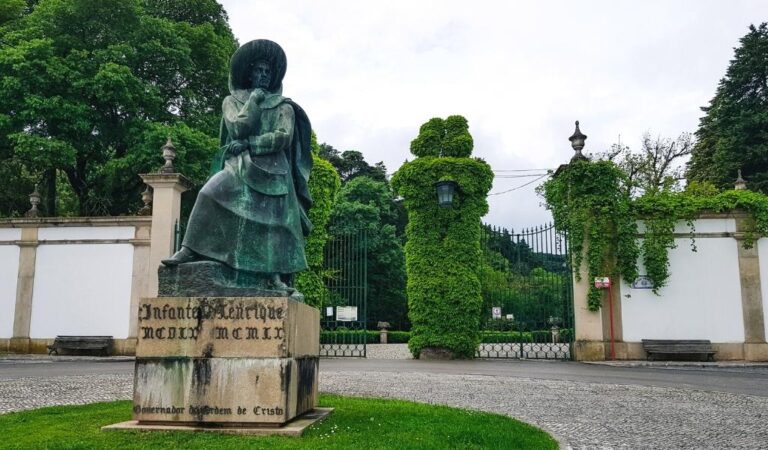 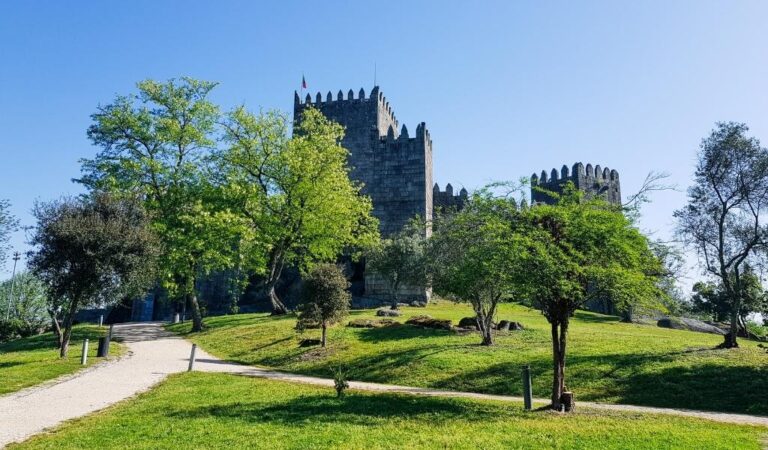