The Orsay Museum (i.e. Musée d’Orsay in French) is an art museum in the city of Paris, France. Located in the 7e arrondissement – on the left bank of the River Seine – it receives around 3 million visitors per year, despite being only 35 years old!

The museum’s collection presents the diversity of artistic creation in the western world, between 1848 and 1914. That is, in the period covering the emergence of the Second French Republic (1848-1852) until the beginning of the First World War (1914-1918).

In this complete guide, you’ll be able to find must-see works of art, information regarding opening hours and ticket prices, as well as the best tips and suggestions about the Orsay Museum.

So, do you want to know more about the Orsay Museum: Best Tips For Visiting In 2023? Keep reading!

Brief History of the Orsay Museum

Previously, the Orsay Museum building was a train station, named Gare du Quai d’Orsay. Inaugurated in 1900 for the Universal Exhibition, the Gare du Quai d’Orsay thus allowed travelers from all over the southwest of France to reach the heart of Paris, on a railway line called Chemin de Fer de Paris à Orléans.

At that time, the monument also housed a ballroom and a luxury hotel. However, with the modernization of trains throughout the 20th century, the train station lost its value and fell into disrepair.

In 1977, the French government decided to recover the building and convert it into a museum, whose official inauguration took place on December 1st, 1986. Nowadays, the museum consists of wide-open floors, in order to show the care with which the building was designed and the harmony of the original architecture.

What to See at the Orsay Museum

The collection of the Orsay Museum mainly displays paintings, sculptures, decorative arts, photographs, and drawings. In addition, these works derive essentially from three other museums:

At the end of the 1860s, Edgar Degas started to follow the work of ballerinas in classes, training, shows, and even in their breaks. From 1890, the painter began to dedicate himself to creating paintings of groups of ballerinas (“dance ensembles”) or of the figure of a single ballerina, a theme that made him famous, if it weren’t for the 1500 works on the subject!

In this specific painting, “Dancers in blue”, Degas presents a set of four young girls behind the scenes of a rehearsal or a performance. The blue color of ballet tutus gives the title to the work, due to its predominance, while the other artists dressed in yellow in the background, almost disappear in the background of the scene, completely imperceptible.

With this painting from around 1890 and others of the same time depicting ballerinas, the painter changed the importance given to details, for the domain of the image in general: now, instead of more consistent lines, Degas is concerned with tones, textures, and volumes.

“Arrangement in Grey and Black No.1”, by James McNeill Whistler (Second Floor, Room 70)

Although it’s known internationally as “Whistler’s Mother”, the original name of this 1871 painting is, in fact, “Arrangement in Grey and Black No.1 – Portrait of the Artist’s Mother”.

The painting was purchased by the French state in 1891 and today it’s one of the most famous works by an American artist, outside the United States.

After returning from England in 1871, Claude Monet moved to Argenteuil, in the Île-de-France region, where he remained until 1878.

There, he found luminous landscapes that allowed him to explore the possibilities of outdoor painting. This 1873 painting successfully evokes the vibrant atmosphere of a hike through the countryside, on a summer day.

“Poppies” became one of Monet‘s most famous canvases. Interestingly, the young woman in the umbrella and the child in the foreground are Camille – the painter’s wife – and their son Jean.

This 1876 painting depicts a lively and cheerful atmosphere at the Moulin de la Galette, a very popular establishment at the time and located in Montmartre, Paris. Above all, Auguste Renoir was concerned with showing how the crowd moved in natural and artificial light.

However, it was also the target of criticism in its time, because he opted for a certain dissolution of the forms. With an imposing format, an innovative style, and a theme based on contemporary Parisian life, the painting is not only one of Renoir‘s best artistic creations but also a reference in the early days of the Impressionist movement.

In Botany, Nymphéas is the name given to white water lilies. Claude Monet started to cultivate these flowering plants in the aquatic garden that he had installed in 1893, on his estate in Giverny, Normandy.

In the last decades of his life, his garden and lake became his main sources of inspiration. And in this specific painting, created between 1916-1919, Monet focuses his vision on a small area of the pond.

Nevertheless, he creates a painting where no point stands out more than the others, using the square shape and the unfinished ends of the canvas to reinforce this neutrality and, it seems, a certain abstraction.

Vincent van Gogh intended to represent a “starry night” when he arrived in Arles, in the south of France, at the beginning of 1888. After several correspondences with his brothers and friends where he confided this desire, he finally managed to put into practice his project in September of the same year.

The work depicts a night landscape on the banks of the Rhone. Van Gogh uses mostly three colors: blue, as the dominant color; the intense orange, which represents the city’s gas lamps and their reflection in the water; and yellow, in an attempt to recreate the brightness of the stars like precious stones.

“The Starry Night over the Rhône” ended up inspiring another version of the same theme – “The Starry Night” – which is on display at the MoMA (Museum of Modern Art) in New York, and which is considered by many to be his true masterpiece.

Throughout his life, Vincent van Gogh created more than forty self-portraits, both paintings, and drawings. In this 1889 painting, the artist concentrated all his attention on his face, especially on his rigid and thin features and on his somewhat uncompromising and anxious look, strangely surrounded by green – almost as if he were “on alert”.

The dominant hue of this painting – a mixture of green absinthe and light turquoise – is perfectly contrasted with the bright orange of his hair and beard. In addition, its disconcerting immobility as a model contrasts with the movement created by the wavy curves of the hair, as well as the characteristic arabesques as a “backdrop”.

Practical Guide to the Orsay Museum

Both museums are relatively small and are complemented by themes and outstanding authors. In addition, the proximity between them is an asset: the only thing that separates them is the River Seine. To get to the Orsay Museum, the simplest and most convenient alternative is the subway, through the “Solférino – Orsay Museum” station (line 12). If you prefer to use the commuter train, there is a stop on the RER C called “Musée d’Orsay”.

When I was at the Orsay Museum, I discovered the richness of the Parisian cultural life during the Belle Époque, while taking advantage of being young and having free admission. For that reason, I want to leave you with three recommendations based on my personal experience, which will help you make the most of this magnificent monument.

1. Buy the Ticket in Advance

One of the most important tips on a visit to the Orsay Museum is to buy the ticket well in advance. The quickest and easiest option is to purchase it through the online ticket office, but keep in mind that the individual ticket is usually the last option on the list. Nowadays, the ticket for permanent collections and exhibitions costs €14 and €11 for companions of young people under 18, residing in the European Union (maximum limit of 2 companions).

The good news is that admission is free for all minors under 18 and young people under 26, residing in the European Economic Area. In that case, simply present an identification document at the entrance, after passing the security checkpoint. Finally, the Orsay Museum is also freely accessible on the first Sunday of each month.

2. Enter Through the Right Entrance

Are you thinking about buying your ticket online? If so, then this next tip will be very useful to you. In order to reduce the waiting time, the Orsay Museum has decided to install a four-row system, divided by doors/entrances with letters from A to D:

So, if you’re not in a group and have the ticket in hand (or on your smartphone), you can go directly to entrance C, which usually has a much shorter queue than the others.

The Orsay Museum is open every day (except Mondays), from 9:30 am to 6 pm. On Thursdays, the schedule runs until 9:45 pm. The museum is closed on May 1st and December 25th. If you need it, all this information can be consulted (and confirmed) on the official website.

Do you want some advice? Visit the Orsay Museum early in the day – or in the late afternoon, if it is Thursday. And avoid Tuesdays: as the Louvre Museum is closed that day, Tuesdays can be almost as popular as weekends! 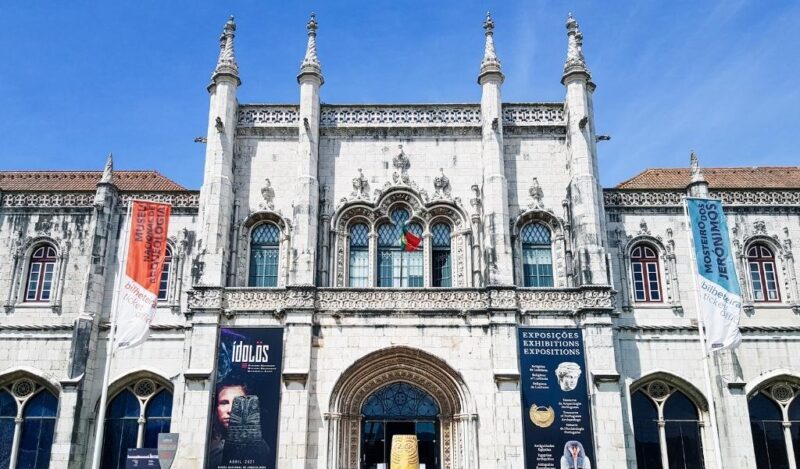 This website uses cookies to improve your experience while you navigate through the website. Out of these, the cookies that are categorized as necessary are stored on your browser as they are essential for the working of basic functionalities of the website. We also use third-party cookies that help us analyze and understand how you use this website. These cookies will be stored in your browser only with your consent. You also have the option to opt-out of these cookies. But opting out of some of these cookies may affect your browsing experience.
Necessary Always Enabled
Necessary cookies are absolutely essential for the website to function properly. These cookies ensure basic functionalities and security features of the website, anonymously.
Functional
Functional cookies help to perform certain functionalities like sharing the content of the website on social media platforms, collect feedbacks, and other third-party features.
Performance
Performance cookies are used to understand and analyze the key performance indexes of the website which helps in delivering a better user experience for the visitors.
Analytics
Analytical cookies are used to understand how visitors interact with the website. These cookies help provide information on metrics the number of visitors, bounce rate, traffic source, etc.
Advertisement
Advertisement cookies are used to provide visitors with relevant ads and marketing campaigns. These cookies track visitors across websites and collect information to provide customized ads.
Others
Other uncategorized cookies are those that are being analyzed and have not been classified into a category as yet.
SAVE & ACCEPT
4 shares
Scroll to Top