Maastricht is a charming city in the southwest of the Netherlands and the capital of the province of Limburg,  that is, a narrow territory between Belgium and Germany.

The city is mainly known for the Maastricht Treaty (1992), which led to the genesis of the euro. But did you know that Maastricht is also a member of the Most Ancient European Towns Network, founded in 1994?

So, do you want to know more about 1 Day In Maastricht: The Perfect Maastricht Itinerary? Keep reading!

Over the centuries, the city of Maastricht developed mainly on both sides of the Meuse river (which comes from the Dutch name Maas). Eventually, it went from a Roman community to a medieval religious site, and later, to military and industrial zone.

Its growth continued in such a way that, today, Maastricht assumes itself as a thriving cultural and regional center, with a large international student population.

The city of Maastricht was the first stop I made on a road trip through central Europe, at the end of 2019. My intention with this trip was to discover the effects of traveling on my mental health, but I ended up learning so much more than that!

As soon as I arrived in Maastricht, on a cold November night, I came across a historic center full of Christmas lights and decorations. So I think I have confirmed the truth: no one celebrates the festive season of Christmas and New Year like the cities in central Europe!

Just to exemplify, here is what I found in the following days: colorful illuminations and decorations in the streets and avenues, craft markets in the gardens and squares, family activities, shows, and ceremonies alluding to the Christmas season…

The itinerary I drafted is perfect for a day outdoors so that you can enjoy the local history, culture, and cuisine. Besides, you can easily do this itinerary on foot, without any schedules or worries, or even like a real Dutch: by bike!

The Maastricht Market is located in a central square with the same name, although in the dialect of the region it’s called Merret. The City Hall building (Stadhuis van Maastricht) and several catering establishments are also located here.

The market sells a little bit of everything, especially fresh consumable products, typical flowers, and regional handicrafts. Thus, every Wednesday and Friday – from 9 am to 3 pm – between 200 and 300 stalls of bright colors and contagious aromas attract numerous inhabitants and tourists. If you really like cheese, then I advise you to try the famous old Dutch Gouda, which many of the traders give to taste!

The Bookstore Dominicanen is housed in a 13th-century Gothic church and has over 50,000 books in different languages and genres. Initially built as a Dominican monastery, it ended up being dissolved in the 18th century and space started to be used only for events.

Now converted into a historic bookstore, it is one of the national wonders of the Netherlands, receiving more than 700,000 visitors per year! The Boekhandel Dominacanen is open every day, with the following schedule:

The Basilica of Saint Servatius is located in the Vrijthof, a square that was unfortunately closed when I was in Maastricht, in order to prepare for the Christmas festival Magisch Maastricht. This Catholic cathedral, of Romanesque architecture and imposing aspects, was built and expanded over the centuries, in different stages.

Dedicated to Saint Servatius, a renowned missionary who died here in the 18th century, it’s a very popular pilgrimage site. The Sint-Servaasbasiliek is open every day, namely from Monday to Saturday, from 10 am to 7 pm, and on Sundays, from 12:30 pm to 7 pm.

Interestingly, this Protestant church shares the same location as the Basilica of Saint Servatius (mentioned in the previous section), which is Roman Catholic. Therefore, the same square serves two religious strands of Christianity.

Legend has it that the 79-meter-high tower was originally covered with ox’s blood, hence its reddish color. Well, who knew?

The Sint-Janskerk is open from Monday to Saturday, from 11 am to 4 pm, and has a cost of €2.50 per person, if you want to go up to the tower to admire the views over the city.

The Saint Servatius Bridge is a limestone walkway with seven arches, which crosses the Meuse river in an extension of 160 meters. It’s the oldest bridge in the Netherlands since it was built between 1280 and 1298, to replace an old bridge that had collapsed in 1275.

Despite everything, the Sint Servaasbrug has already undergone several renovations and reconstructions, especially after the damage caused by the Second World War. The current version of the stone bridge includes a movable section with a steel drawbridge, where the boats pass.

The “Hell’s Gate” is a major tourist attraction in the Limburg region, if it weren’t for the fact that it’s the oldest city gate in the Netherlands! It was built in 1229 with the authorization of Henry I, Duke of Brabant, becoming part of the first medieval wall in Maastricht.

Over the centuries and with the expansion of the city, the Helpoort lost its original function and was reused as a gunpowder house, an arsenal, and even an artists’ studio. It is currently converted into a historical museum about regional heritage.

This space is open every day, from 1 pm to 4:30 pm. Admission is officially free, but a voluntary contribution is recommended.

The City Park was developed during the 19th and 20th centuries as a cluster of sub-parks, with its own atmospheres. The green space complex has several sculptures, including a statue of the famous D’Artagnan. In fact, did you know that the French hero – immortalized by Alexandre Dumas in his historical novel “The Three Musketeers” (1844) – died in the Siege of Maastricht in 1673?

The Stadspark is enriched by the Jeker river, a tributary of the Meuse river, as well as a deer park and an aviary. Due to its proximity to the Helpoort, you can also see from here traces of the city’s medieval walls.

Finally, a little further from the center of Maastricht (about 1500 meters), is Saint Peter’s Fortress. Constructed in the 18th century, its main objective was to protect the population and strengthen the city against French invasions.

Nowadays, the fort – with the geometric shape of a pentagon – is a national monument and a tourist attraction. Perfect for a walk at any time of the day, it’s one of the highest points in the city and, without a doubt, a magnificent viewpoint.

Map of the Maastricht Itinerary

More Posts about the Netherlands 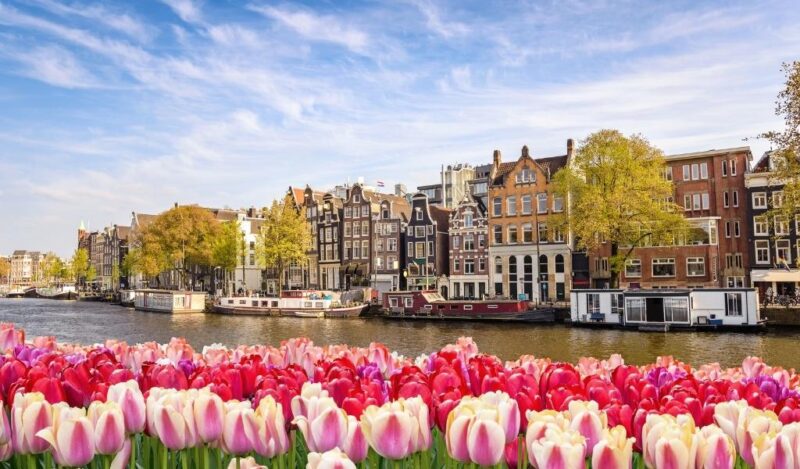 10 Best Places To Visit In The Netherlands (Besides Amsterdam) 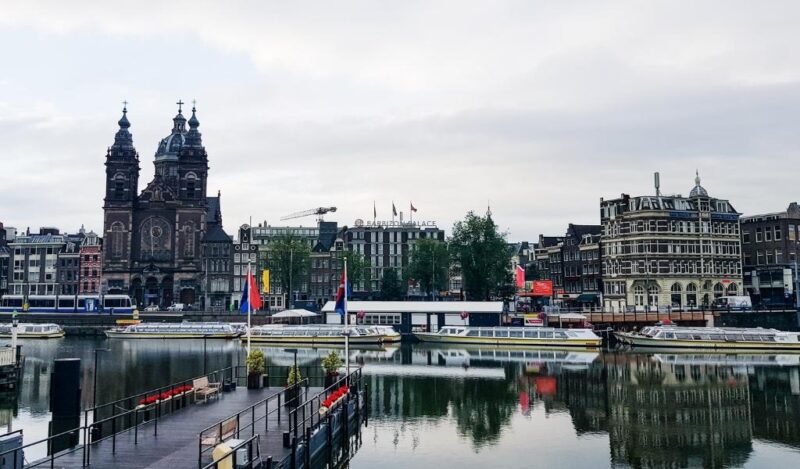 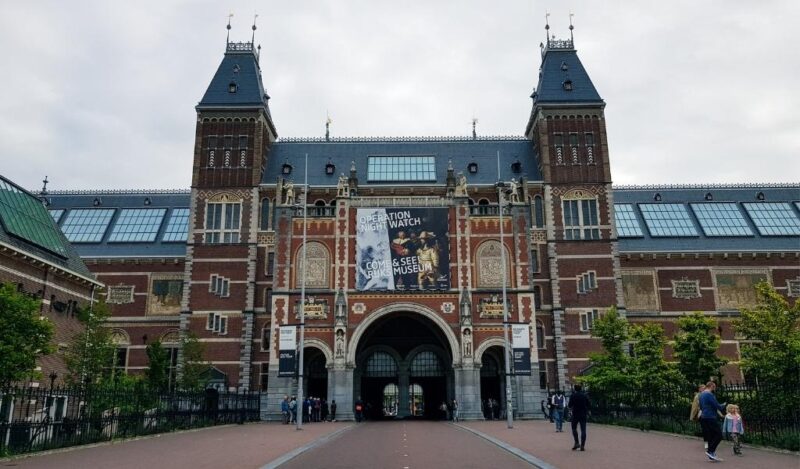 This website uses cookies to improve your experience while you navigate through the website. Out of these, the cookies that are categorized as necessary are stored on your browser as they are essential for the working of basic functionalities of the website. We also use third-party cookies that help us analyze and understand how you use this website. These cookies will be stored in your browser only with your consent. You also have the option to opt-out of these cookies. But opting out of some of these cookies may affect your browsing experience.
Necessary Always Enabled
Necessary cookies are absolutely essential for the website to function properly. These cookies ensure basic functionalities and security features of the website, anonymously.
Functional
Functional cookies help to perform certain functionalities like sharing the content of the website on social media platforms, collect feedbacks, and other third-party features.
Performance
Performance cookies are used to understand and analyze the key performance indexes of the website which helps in delivering a better user experience for the visitors.
Analytics
Analytical cookies are used to understand how visitors interact with the website. These cookies help provide information on metrics the number of visitors, bounce rate, traffic source, etc.
Advertisement
Advertisement cookies are used to provide visitors with relevant ads and marketing campaigns. These cookies track visitors across websites and collect information to provide customized ads.
Others
Other uncategorized cookies are those that are being analyzed and have not been classified into a category as yet.
SAVE & ACCEPT
5 shares
Scroll to Top