Luxembourg (in Luxembourgish, Lëtzebuerg; in French, Luxembourg; and in German, Luxemburg) celebrates every year the “Winterlights”, a Christmas festival that transforms the city into an authentic “Winter Wonderland”. And the Luxembourg Christmas Market is one of the main Christmas markets, with food chalets, souvenir stalls, themed attractions, and lots of activities for the whole family!

So, do you want to know more about the Lëtzebuerger Chrëschtmaart: Luxembourg Christmas Market? Keep reading!

How to Get to the Lëtzebuerger Chrëschtmaart (Luxembourg Christmas Market)

The Luxembourg Christmas Market takes place on Place d’Armes, one of the most central squares in the Luxembourg capital. Besides, Place d’Armes is part of a pedestrian area in the historic center of Luxembourg, which houses some of the oldest restaurants and cafes in the city.

If you’re in another part of Luxembourg and you want to travel by public transportation to this Christmas market, you can opt for the tram or the bus. The nearest stop to the Lëtzebuerger Chrëschtmaart is about 300 meters away and is called Hamilius.

Access to the market is free, but due to the current situation, it’s mandatory to show a COVID-19 Certificate before entering the venue. The three types of certificates recognized by the European Union are accepted: Vaccination, Testing, or Recovery.

After carrying out the health check, you’ll receive a colored bracelet, which is valid for the rest of the day and allows you to enter all CovidCheck zones of the “Winterlights”. To find out more about CovidCheck, check out the Ville de Luxembourg official website.

What to Do at the Lëtzebuerger Chrëschtmaart (Luxembourg Christmas Market)

The Christmas Tree (in Luxembourgish, Chrëschtbeemchen; in French, Sapin de Noël; and in German, Weihnachtsbaum) in the Luxembourg Christmas Market is an imposing Nordmann fir, 12 meters tall. If you want, you can see it in the photo above.

Placed at the entrance to the Lëtzebuerger Chrëschtmaart (next to the CovidCheck tent), it’s the main attraction of the Place d’Armes, due to its amount of lights and decorations in shades of red and gold. And at its base, there’s also a giant-size traditional crib.

But the most fascinating thing about this Chrëschtbeemchen is the “Tree Light Show”, a light show that takes place every day at 5:30 pm, 6:30 pm, 7:30 pm, and 8:30 pm. At these four times of day, the various illuminated trees of the Place d’Armes sparkle for 60-120 seconds, which will surely amaze the youngest ones!

Did you know that the Luxembourg Christmas Market has been held on Place d’Armes since 1984? And that every year there are more and more hot drinks, food, and souvenir stalls? In 2021, the Lëtzebuerger Chrëschtmaart has 35 wooden chalets, the vast majority of which sell winter items and/or Christmas decorations.

The Winter Train (in Luxembourgish, Wanterzuck; in French, Train d’hiver; and in German, Winterzug) is a children’s ride. And despite not being inside the Lëtzebuerger Chrëschtmaart’s enclosure, I decided to include it in this guide. That’s because the Square du Palach (where the Wanterzuch is located) is less than 100 meters from Place d’Armes!

The Wanterzuch “travels” through the Winter Forest (in Luxembourgish, Wanterbësch; in French, Fôret d’hiver; and in German, Winterwald), in the company of Rudolph, the Red-Nosed Reindeer. In this ride, there’s no CovidCheck, but the use of a mask is mandatory for everyone over 6 years old.

What to Drink at the Lëtzebuerger Chrëschtmaart (Luxembourg Christmas Market)

Just like the Christmas markets in other European countries such as France, Belgium, the Netherlands, Germany, Poland, Czechia, Austria, or Switzerland, the Luxembourg Christmas markets are very popular because of their festive beverages.

Here, you can taste the famous “Mulled Wine” – better known as “Vin Chaud” or “Glühwein” (the French and German terms, respectively). And, if you prefer a non-alcoholic drink, you can always opt for the traditional Hot Chocolate!

When you buy a hot beverage at St Nicholas Market, you have to pay a deposit for the mug (around €2-€4). But you can also keep the mug as a souvenir. I did that and ended up getting a special memento from “Winterlights” and Luxembourg!

What to Eat at the Lëtzebuerger Chrëschtmaart (Luxembourg Christmas Market)

As you would expect, Niklosmaart (or St Nicholas Market) is not just about drinks and cocktails. In fact, one of the great attractions is the hundreds of European delicacies on sale!

Waffles, cookies, nuts, popcorn, cotton candy, candy, and chocolates are just some of the sweet options. If you prefer hot dishes or savory snacks, you have cutlets, hamburgers, cheese fondue, and these special recommendations: 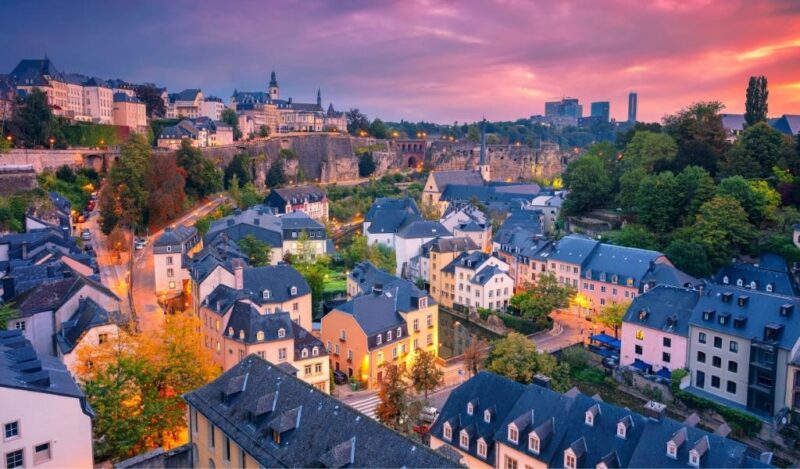 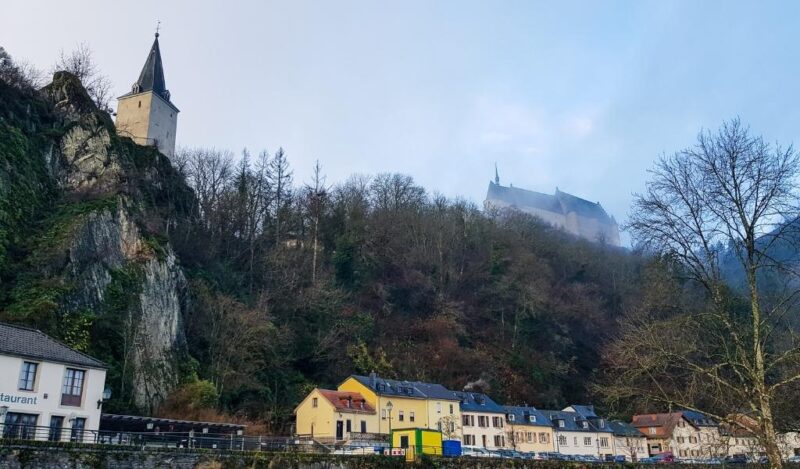 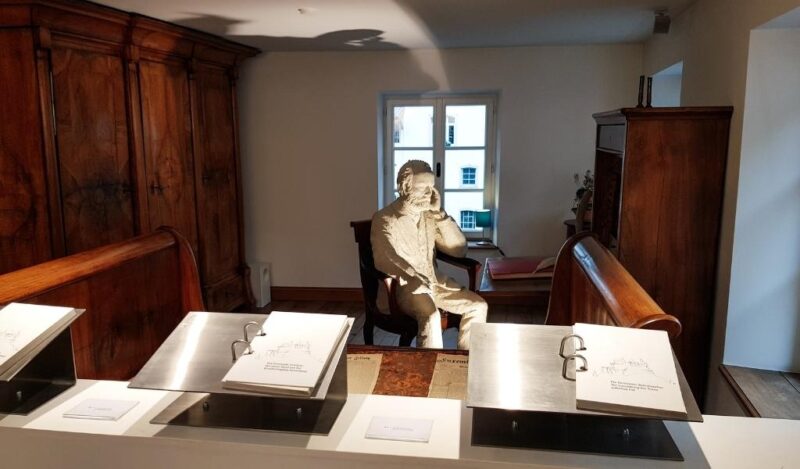