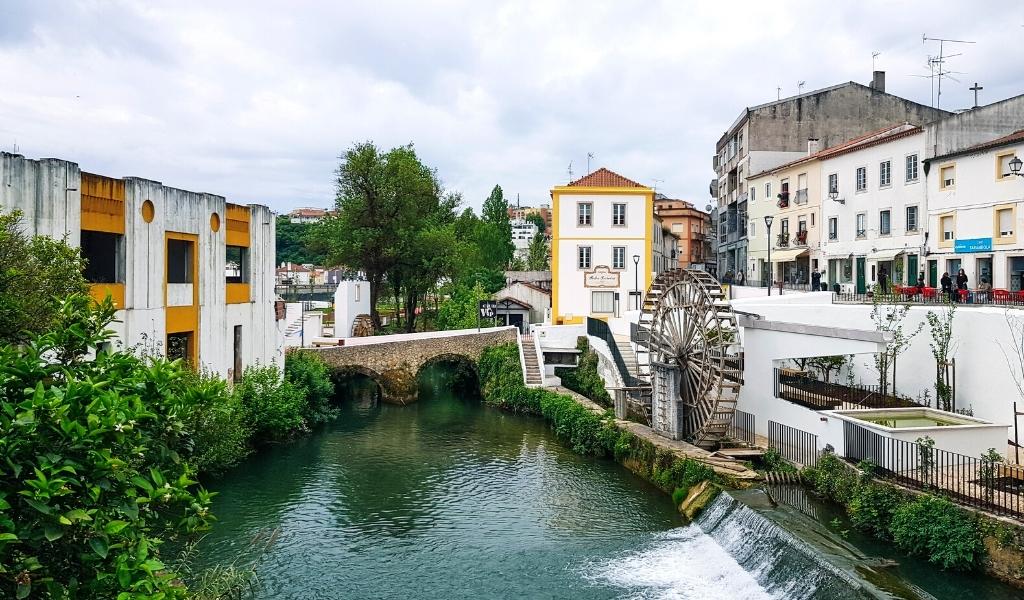 Torres Novas is a city and municipality in the Santarém district, situated 110 km from Lisbon. This means that this Torres Novas itinerary is the ideal choice for a day trip from the Portuguese capital or the perfect stopover on a road trip through the Médio Tejo! Despite not being as touristy and popular as Tomar or Fátima, Torres Novas has an impressive past. Proof of that are monuments like the Castle of Torres Novas, the Carlos Reis Municipal Museum, and the Roman Ruins of Villa Cardillio! 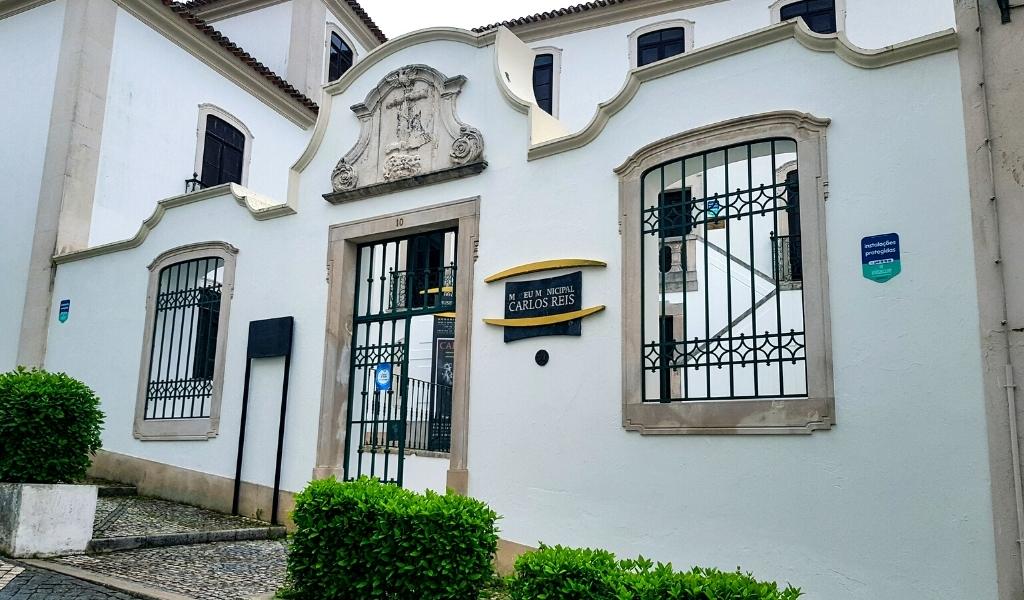 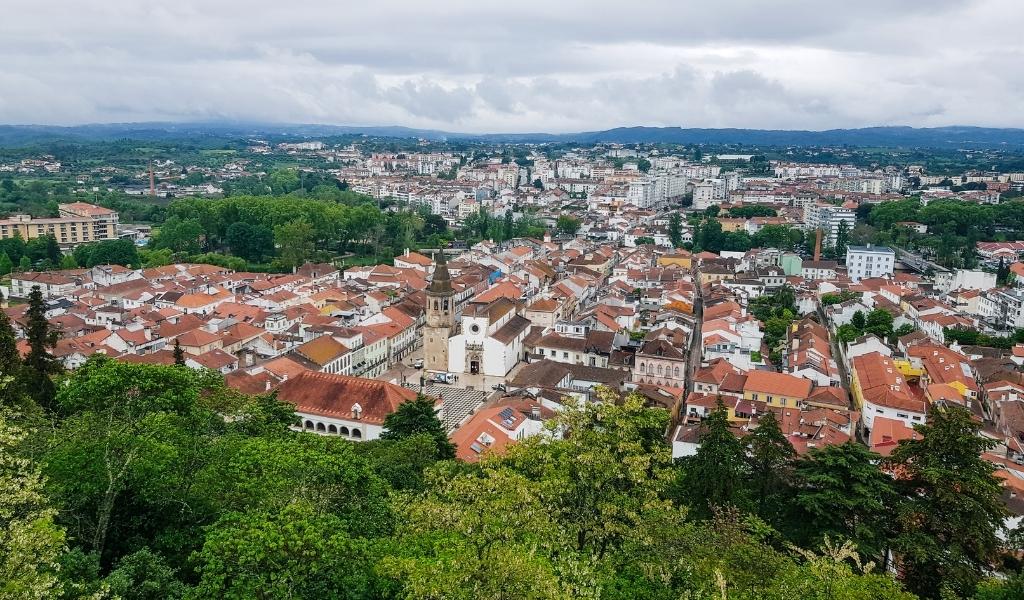 Tomar is a city and municipality in the Santarém district, situated 135 km from Lisbon. This means that this Tomar itinerary is the ideal choice for a day trip from the Portuguese capital, or even the perfect stopover on a road trip through the Médio Tejo sub-region (in the Central Region)! The city of Tomar was founded by the Knights Templar and has some of the most emblematic monuments in the country. One of them is the Convent of Christ, which has been a UNESCO World Heritage Site since 1983! 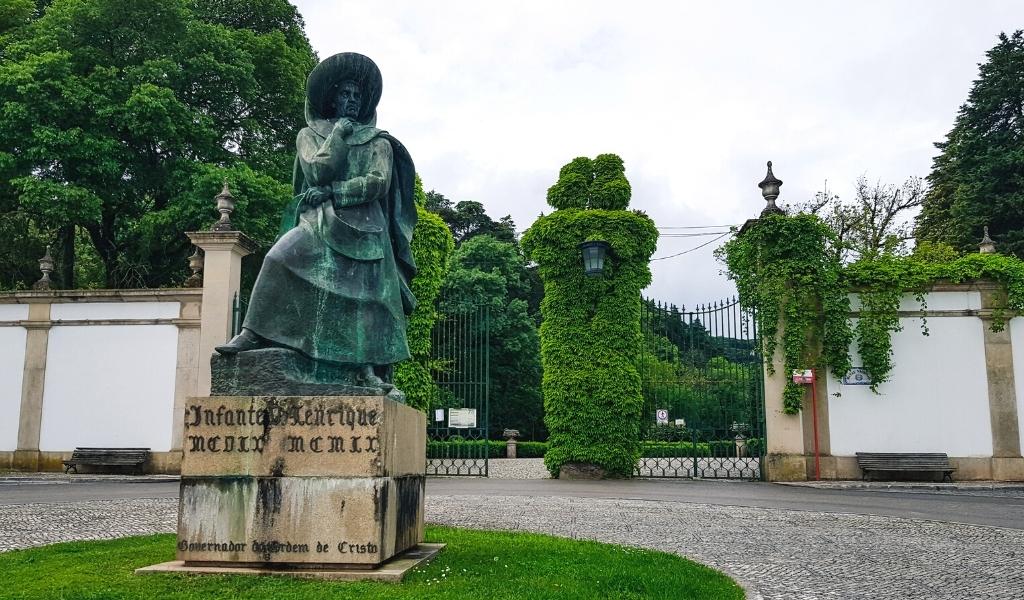 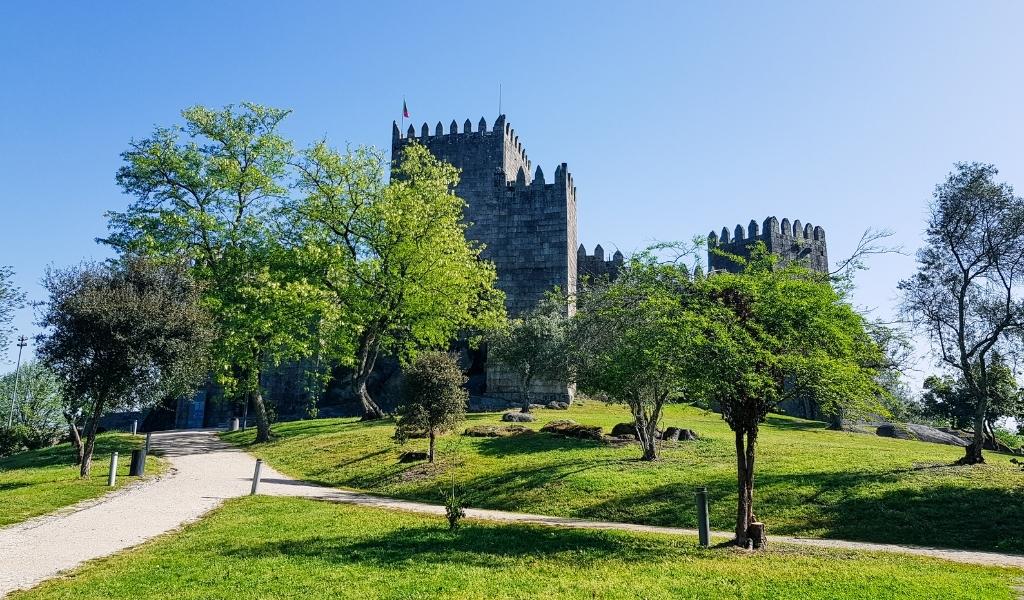 Guimarães Castle is one of the most beautiful castles in Portugal. Not to mention that it’s a National Monument, a UNESCO World Heritage Site, and one of the 7 Wonders of Portugal Therefore, it’s only natural that this medieval castle is one of the most visited in the country! Guimarães Castle is linked to the foundation of Portugal, as a sovereign and independent nation. This is because its construction dates from the mid-10th century when the region belonged to the County of Portugal! 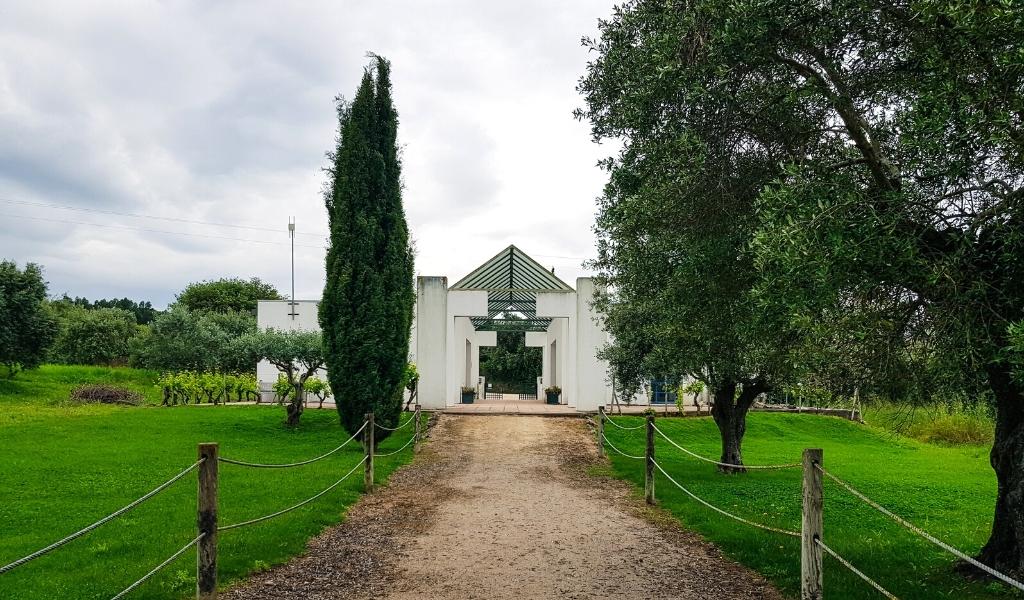 The Villa Cardillio is an archaeological site located 5 km from Torres Novas. The open-air museum is not very well known by tourists, but as I am fascinated by Ancient Civilizations, I couldn’t miss visiting these Roman ruins! The excavations of Villa Cardillio began in 1962. Since then, foundations, floors, and columns belonging to a Roman country house have been discovered. In addition, archaeologists found artifacts, which are on display at the Carlos Reis Municipal Museum! 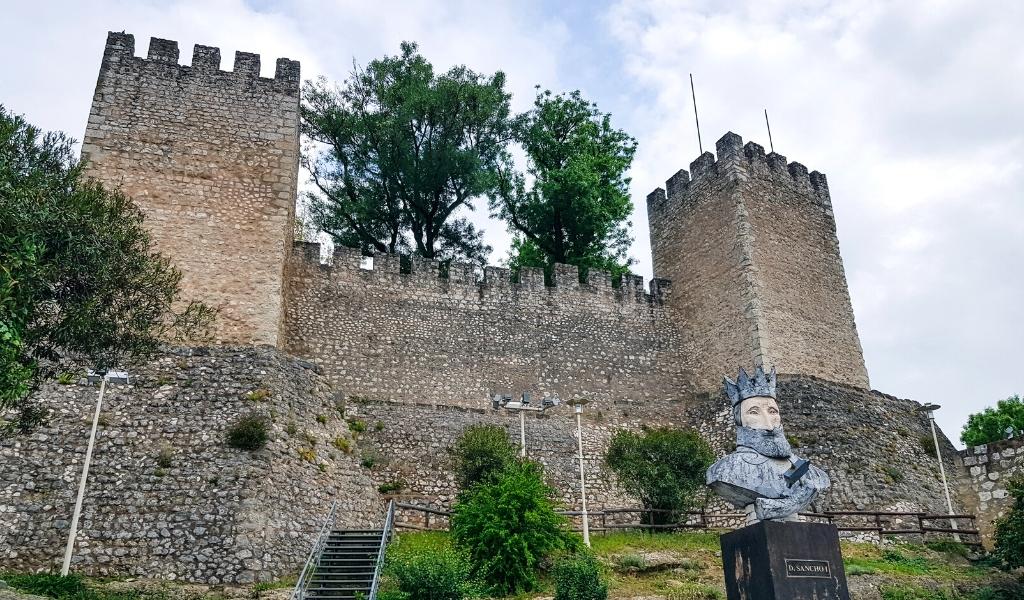 The Castle of Torres Novas is a very picturesque monument, located 115 km from Lisbon. Constructed in the Middle Ages, this military fortress helped to defend the southern border of the Kingdom of Portugal during the Reconquista. Unfortunately, part of the castle was destroyed in the Lisbon Earthquake in 1755 and the Peninsular War. Even so, the Castle of Torres Novas is the most popular tourist attraction in Torres Novas, because of its photogenic spots and the panoramic views over the city! 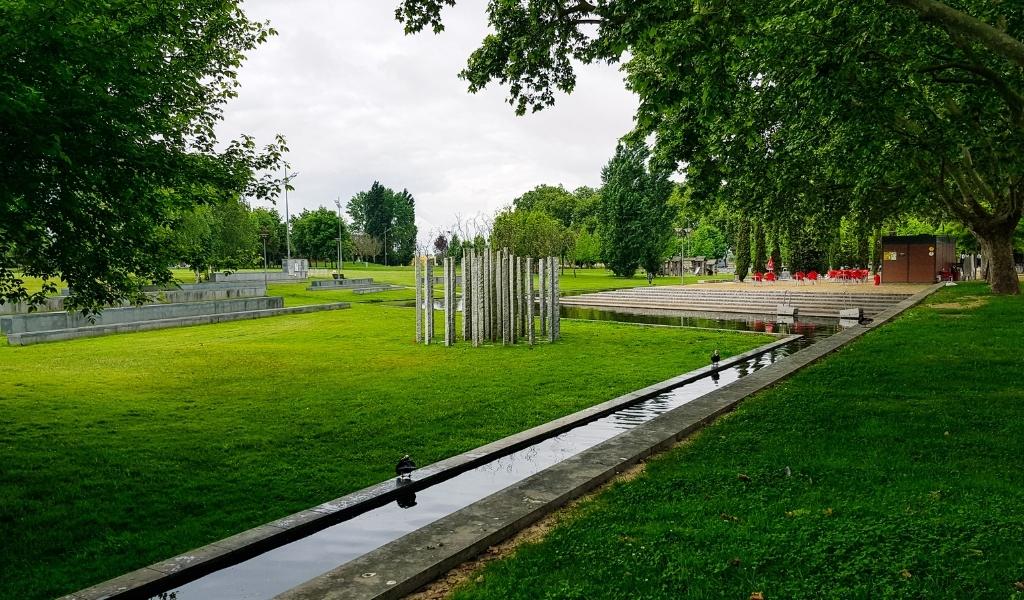 Vila Nova da Barquinha is a town in the Santarém district, situated 130 km from Lisbon. Therefore, this Vila Nova da Barquinha itinerary can be used both for a day trip from the Portuguese capital and for a road trip through the Médio Tejo! Despite not being as touristy as Fátima or Tomar, Vila Nova da Barquinha has a unique millenary past, thanks to the evidence of Neanderthal occupation discovered in the region. Conducted in 2007, archaeological excavations found 300,000-year-old remains! 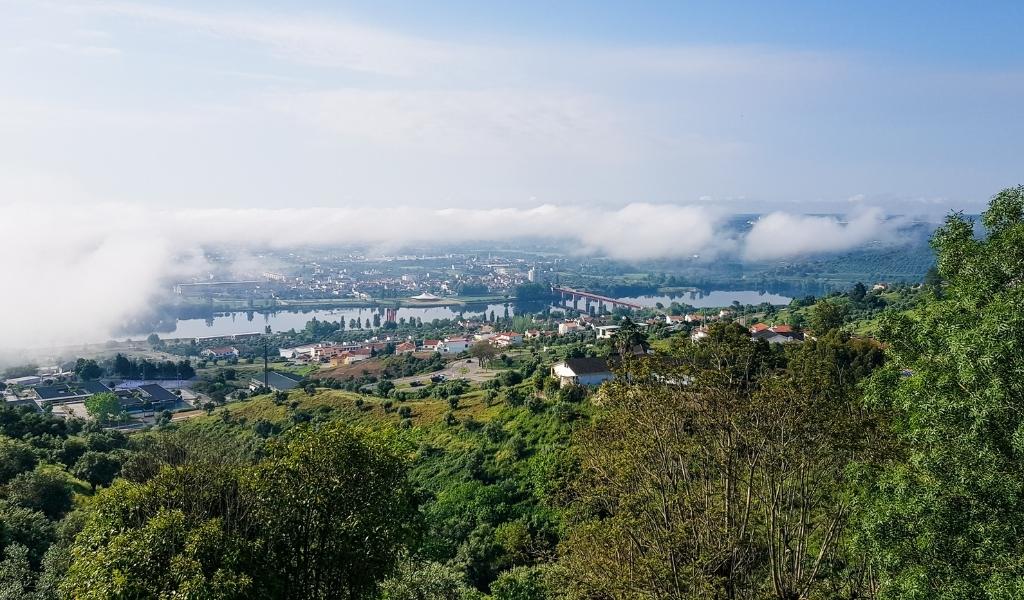 Abrantes is a city in the Santarém district, situated around 140 km from Lisbon. This means that this Abrantes itinerary is the ideal choice for a day trip from the Portuguese capital or the perfect stopover on a road trip through the Médio Tejo! Despite not being as touristy as Tomar or Fátima, the city of Abrantes is a destination with more than 800 years of history and a unique culture, based on its military architecture, convent sweets, and the river activities practiced on the Tagus! 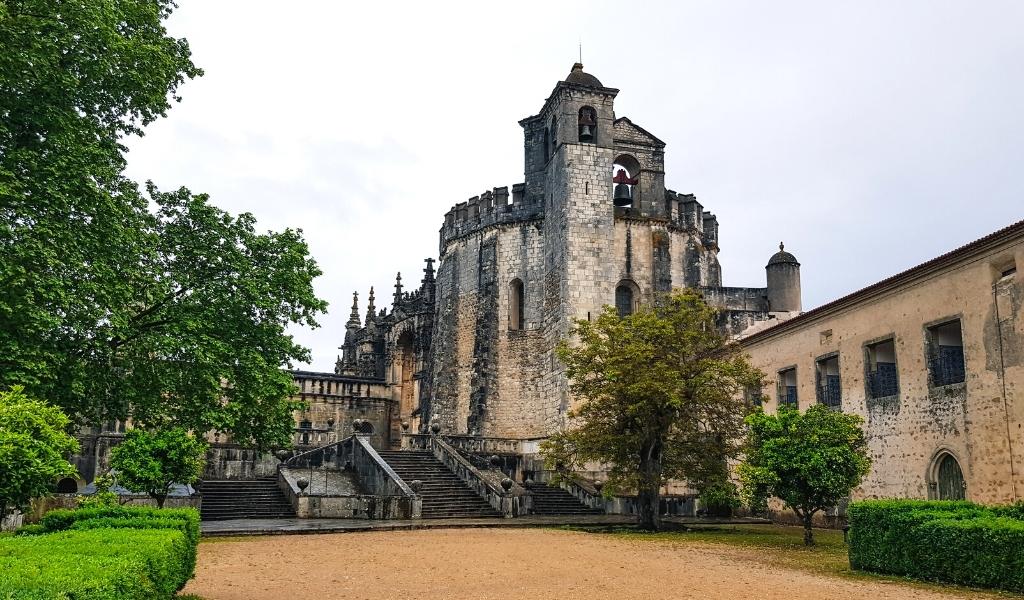 The Convent of Christ in Tomar was one of the first Portuguese monuments declared World Heritage. Founded by the Templars as a symbol of the Reconquista, its construction began in 1160 and lasted more than 500 years! As a result, the Convent of Christ incorporated different architectural styles: Romanesque, Gothic, Manueline, Renaissance, Mannerist, and Baroque. With the extinction of the Order of Solomon’s Temple, the castle was handed over to the Order of Christ, adopting its current name!