Belgian cuisine has plenty of delicious delicacies for you to try. Whether you’re looking for a quick snack, a fresh dessert, or a plate of “comfort food”, there’s no shortage of original and creative options to eat and drink in Belgium.

For this reason, when choosing the “Top 10” of the best of Belgian cuisine, I have to say that it was difficult to decide among so many indescribable flavors. So, I decided to create a gastronomic bucket list, to find (even more) reasons to return to this beautiful country.

So, do you want to know more about The Best Of Belgium Cuisine: What To Eat And Drink In Belgium? Keep reading!

Did you know that there are more than 1500 varieties of beer produced in Belgium? Since then, the “beer culture” has been inscribed on UNESCO’s List of Intangible Cultural Heritage of Humanity, in 2016. From Trappists and abbey beer to pils, witbier, and lambic, here’s the list of the best brands in Belgium:

Known across borders since the 17th century, Belgian chocolate is one of the most loved delicacies of Belgian cuisine in Europe. You can look for pralines, chocolate truffles, or festive sweets from one of these historic brands of maîtres chocolatiers from Belgium:

Some people call it a waffle (from the Dutch, wafel), while others prefer the french name gauffre. But everyone agrees when it’s said that it’s mandatory to eat (at least) one of these delicacies from Belgian cuisine.

Served for breakfast, as a snack, or as a dessert, waffles are often accompanied by a topping: among my favorites are Liège syrup, powdered sugar, chocolate cream, whipped cream, ice cream ball(s), and fresh fruit.

Speculoos (or speculaas) cookies or biscuits are traditional in Belgian cuisine, to celebrate St. Nicholas Day (on December 6th).

Still, it’s very common to see them all year round in shop windows from pastry shops, being a delicious accompaniment for coffee, for example.

Their dough combines the normal ingredients (flour, butter, sugar, etc.), however, it’s the spices that distinguish them from the other cookies.

Although there’s a secular dispute over the real origin country of fries – between France and Belgium – I’ll bet on the latter. This is because there are records of fries in the region that constitutes modern Belgium since the end of the 17th century when France only reports recipes for the same dish in the second half of the following century.

Nowadays, fries accompany many main dishes, although in Belgium it’s not uncommon to have them as an appetizer or snack. Not only are they served hot and crispy, but they can also include a special house sauce (based on herbs, spices, tomatoes, cheese, etc.), as an alternative to conventional ketchup and mayonnaise.

Also called Mosselen-friet (from the Dutch), this dish of mussels and fries is very popular in Belgium, especially during the summer months.

The mussels are harvested in the North Sea by Belgian fishermen and subsequently cooked in a broth of white wine, chives, butter, and parsley (moules marinière).

Over the years, the different regions of Belgium have created variations of the original recipe, which may include other vegetables in the broth or replace white wine with beer, mustard, or lemon sauce.

This beef stew is the perfect dish for fans of the so-called “comfort food”. You can also find it in the restaurant menu under its Dutch name Stoofvless.

It consists of a beef stew, which is slowly cooked with onion in beer, accompanied by fries – as always!

Many consider this dish to be the official Belgian adaptation of the Bœuf Bourguignon dish, typical of French cuisine, but that uses red wine (instead of beer).

This gastronomic specialty attributed to the city of Ghent, in Flanders, can be enjoyed as a creamy soup.

However, if you prefer, you can eat it as a stew, as it mixes various fishes and vegetables, wrapped in cream or egg yolk.

Some recipes for this stew include chicken – the most common waterzooi today is the chicken one – but the original dish uses fish and/or seafood.

In addition, rumor has it that this dish was the favorite of Charles V, Holy Roman Emperor!

Belgians like to eat their cheese with bread, toast, or cookies and they’re always assisted by a good beer or wine. It’s mostly cow cheeses, even if they come from different regions of the country. Therefore, you cannot fail with one of these brands from Belgium:

The Black Russian is a cocktail immortalized by Gustave Tops, a Belgian bartender who used to work at the luxurious Hotel Metropole in Brussels, in 1949.

The cocktail is said to have been created in honor of Perle Mesta, US Ambassador in Luxembourg and guest of the hotel at that time.

This alcoholic drink is made from vodka and coffee liqueur, more specifically from the Mexican brand Kahlúa, in addition to being served with ice cubes.

The name Black Russian comes directly from the dark color of the liquid, as well as from the use of vodka, the famous Russian spirit drink. 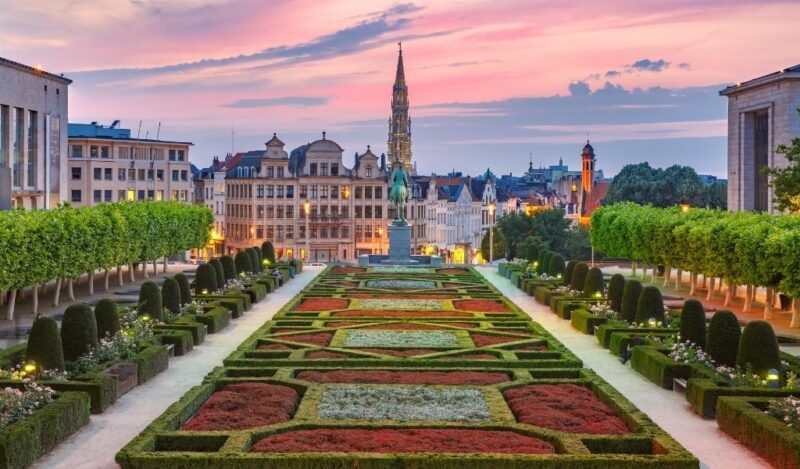 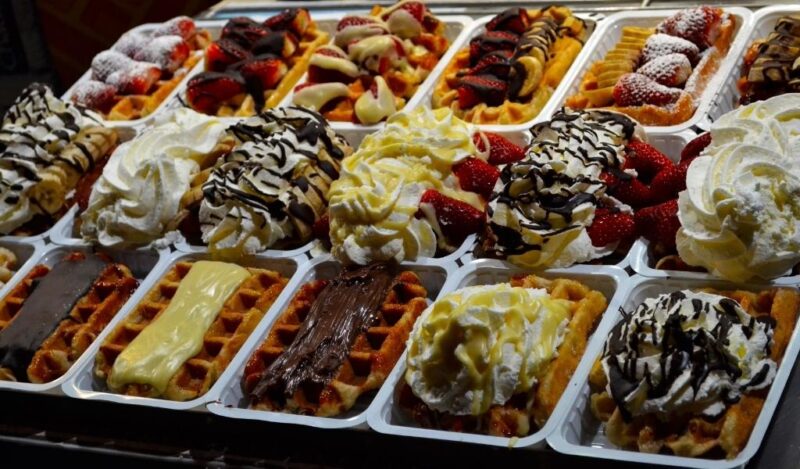 This website uses cookies to improve your experience while you navigate through the website. Out of these, the cookies that are categorized as necessary are stored on your browser as they are essential for the working of basic functionalities of the website. We also use third-party cookies that help us analyze and understand how you use this website. These cookies will be stored in your browser only with your consent. You also have the option to opt-out of these cookies. But opting out of some of these cookies may affect your browsing experience.
Necessary Always Enabled
Necessary cookies are absolutely essential for the website to function properly. These cookies ensure basic functionalities and security features of the website, anonymously.
Functional
Functional cookies help to perform certain functionalities like sharing the content of the website on social media platforms, collect feedbacks, and other third-party features.
Performance
Performance cookies are used to understand and analyze the key performance indexes of the website which helps in delivering a better user experience for the visitors.
Analytics
Analytical cookies are used to understand how visitors interact with the website. These cookies help provide information on metrics the number of visitors, bounce rate, traffic source, etc.
Advertisement
Advertisement cookies are used to provide visitors with relevant ads and marketing campaigns. These cookies track visitors across websites and collect information to provide customized ads.
Others
Other uncategorized cookies are those that are being analyzed and have not been classified into a category as yet.
SAVE & ACCEPT
14 shares
Scroll to Top